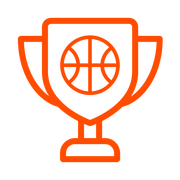 Looking to find out more information about the Milwaukee Bucks? Well, you have certainly come to the right place! Here at SportsTips we are obsessed with all things sport, and this includes what many believe to be the greatest sport of all; NBA. Read on below, we have all the information you need!

Have a read on below at some quick stats and facts on the Milwaukee Bucks to get you started:

Want to know when the Milwaukee Bucks are playing next, and who their opponent is? Have a read on below for more information about Milwaukee Bucks next games and all available results:

Founded in January of 1968, the team’s ownership group held a fan contest to decide the name of Milwaukee’s newest NBA team. With over 40,000 fans participating in the competition, the Robins was the most voted fan entry, however, the selection committee elected to name the team after the second most popular entry, the Bucks in reference to Wisconsin’s national animal, the white-tailed deer.

In their inaugural season, the Bucks won only 26 games and were subsequently awarded the first pick in the 1969 NBA draft, a pick that gave them access to future Hall of Famer Kareem Abdul-Jabbar, formerly known as Lew Alcindor.

Kareem was a phenomenon at the collegiate, winning three consecutive NCAA national championships at UCLA before joining the Bucks in the NBA. With the addition of Kareem, the Bucks made their first playoff appearance in just their second season. Posting the second best record in the league with 56 wins.

Abdul-Jabbar was the 1970 NBA Rookie of the Year, averaging 28.8 points and 14.5 rebounds over his 82 regular season games. Following a loss to the eventual champion New York Knicks in the Eastern Conference Finals, the Bucks traded for Olympic gold medallist, 1964 NBA MVP and Hall of Fame point guard, Oscar Robertson.

The addition of Robertson proved to be the missing piece for the Bucks, finishing the 1970-71 regular season with 66 wins, the second most in NBA history at the time. Kareem won his first of six NBA MVPs, averaging 31.7 points and 16.0 rebounds per game, and the Milwaukee Bucks went on to win their first and to this day only NBA championship, sweeping the Baltimore Bullets.

After claiming a title in just their third season the Bucks became the fastest expansion team in American sports history to win a championship. Despite 63, 60 and 59 win seasons following their 1971 NBA title, the Bucks failed to convert their dominance of the early 70’s into a second championship. Milwaukee reached the NBA finals once again in 1974, although were defeated in seven games by the Boston Celtics.

The aftermath of the 1974 Finals was the beginning of the end for the Bucks championship aspirations. Robertson retired prior to the 1974-75 season, and Kareem missed the first 16 games with a broken hand. The Bucks went 3-13 without their superstar, finishing the season with a 38-44 record, missing the playoffs and finishing at the bottom of their division.

In June of 1975 Kareem Abdul-Jabbar was traded to the Los Angeles Lakers, finishing his time in Milwaukee with a championship, three NBA MVPs and averages of 30.4 points and 15.3 rebounds per game through his six seasons as a member of the Bucks.

Despite losing the league’s best player, Milwaukee remained relevant in the NBA. Don Nelson took over as head coach in 1976, and with an abundance of first round picks in the late 70’s, the Bucks were once again a competitive team.

After selecting Sidney Moncrief with the fifth pick in the 1979 draft, the Bucks began a stretch of 11 consecutive winning seasons, including six division titles, 11 playoff appearances and two NBA coach of the year awards for Don Nelson.

Due to the strong play of Moncrief and the arrival of Terry Cummings, Ricky Pierce and Jack Sikma, the Bucks were a consistent threat in the Eastern Conference throughout the 80’s. However, like the mid 70’s championships continued to elude them, defeated by the Celtics or 76’ers in every playoff campaign.

The 1990’s were certainly the leanest period of success in Bucks history, with eight consecutive losing seasons and not a single playoff series for the decade. Ray Allen, Tim Thomas and Sam Cassell led the 2001 Bucks to the Eastern Conference Finals, off the back of winning 52 regular season games and claiming the franchise’s first divisional title in 15 years.

Despite falling only one victory shy of an NBA finals appearance in 2001, the Bucks missed the playoffs the following season. Throughout the mid 2000’s to mid 2010’s players such as Glenn Robinson, Gary Payton, Michael Redd, Andrew Bogut, Brandon Jennings, Kwame Brown and Stephen Jackson represented the Bucks franchise over a 10 year stretch that once again saw no playoff series victories.

In 2013, the team as we know it today was forged, selecting Giannis Antetokounmpo with the 15th pick in the 2013 NBA draft and trading for Kris Middleton. Antetokounmpo has since been named a four time All Star, 2017 NBA Most Improved Player, member of multiple All-NBA teams and the 2019 NBA MVP. With Middleton being named a two time All Star.

Success was not immediate for Milwaukee, however, once Mike Budenhozer took over as head coach in 2018, the Bucks were once again title contenders. In just two seasons, Budenhozer’s has twice led Milwaukee to the best record in the league, with Antetokounmpo and Middleton as the cornerstones of the team. After winning their first playoff series since 2001, Milwaukee were knocked out of the 2019 playoffs by the eventual champion Toronto Raptors in the Eastern Conference Finals.

The 2019-20 season saw great expectation for the Bucks. Giannis won his second straight MVP and with his free agency in 2021, Milwaukee needed to win in the postseason.

After finishing with the best record in the league, the Bucks easily defeated the Magic in the first round of the playoffs before coming up against the Miami Heat. The Bucks were unravelled and lost to the Heat in just five games.

With a second straight disappointing playoff exit, many speculated whether Giannis would be traded by the Bucks so they could at least get something in return for him, incase he were to leave for nothing in 2021.

Milwaukee were instead focusing on building their roster to better suit Giannis and allow him to get the success he truely desired.

If you are a fan of the Milwaukee Bucks, then you know that the only thing that matters right now is how they are expected to perform in the 2020 / 2021 season. Do the Milwaukee Bucks have the star power to make it all the way to the playoffs and finals in 2021? Have a read on below at SportsTips expert picks & preview on the Milwaukee Bucks.

Buldenholzer previously coached the Atlanta Hawks during a successful period where they too made the Eastern Conference Finals (2015). Buldenholzer has an overall record of 339-242 (.583).

The Bucks have enjoyed great success in the regular season under Buldenholzer’s reign, but the pressure will be mounting if the Bucks cannot capitalize in the playoffs with Giannis Antetokounmpo at his disposal.

He certainly lives up to the nickname ‘The Greek Freak’, with a freakish blend of size, athleticism and skill that is near enough to impossible to guard most nights, and is something of a positionless unicorn.

There are no signs of him slowing down at just 26 years of age, though all great players must deliver in the playoffs, and the Bucks will certainly be expecting big things this postseason after team failures in 2019 and 2020.

Preview on the Milwaukee Bucks’ Next Best: Khris Middleton

Khris Middleton’s stocks have rose along with the Bucks’ with the talented wing earning consecutive All-Star appearances in 2019 and 2020.

He is a deadeye from long range, shooting 41.5 per cent from three point land (11th in the league), as well as 20.9 points per game (21st in the league), providing valuable floor spacing for Giannis to attack the rim.

His knack for outside shooting complements Giannis’ playstyle, who needs to be surrounded by shooters due to his lack of outside game. If Middleton can continue his All-Star level performances in 2021 and Jrue Holiday, Brook Lopez, Donte DiVicenzo, and the rest of the supporting cast can gel, the Bucks should have a very bright year.

Despite having the reigning back-to-back MVP and having the best record in the league for two years straight, their disappointing playoff exit scared sportsbooks away, giving Milwaukee +900 odds for the 2020-21 NBA Championship.

Punters snapped up this lofted mark, causing their odds to come in to +550 just before the draft.

With Giannis winning Defensive Player of the Year, there is no surprise that more of Milwaukee’s games went under rather than over. There record in totals markets was 34-37-2.

Still got some burning questions about the Milwaukee Bucks? Well, we have answered some of the most common questions people have, hopefully you will find the answer you are looking for below!

Where do the Milwaukee Bucks play?

The Milwaukee Bucks play their home games at the Fiserv Forum.

Who owns the Milwaukee Bucks?

An ownership group consisting of Wes Edens, Marc Lasry, Jamie Dinan and Mark Fascitelli have been the principal owners of the Bucks since 2015.

Have the Milwaukee Bucks won an NBA Championship?

The Milwaukee Bucks have won one NBA championship, in 1971.

Who is the Milwaukee Bucks coach?

Mike Budenhozer is the head coach of the Milwaukee Bucks.

Do the Milwaukee Bucks play tonight?

What is the Milwaukee Bucks record?

Fans of the Milwaukee Bucks are all wanting to know if they won the game last night. You can find more information in relation to the team’s recent form in games on the page at the top.

How much are the Milwaukee Bucks worth?

According to Forbes Magazine, the Bucks are worth $1.35 billion.

Who do the Milwaukee Bucks play tonight?

Like a lot of things in the NBA, things change pretty quickly. So, if you are looking for more information about who the Milwaukee Bucks play tonight, you have come to the right place. We have all this information for you in detail, you can find these details for upcoming games at the top of the page.

How to watch the Milwaukee Bucks?

You can watch the Memphis Grizzlies on TV channels like ESPN, ABC, TNT, NBA TV or Fox Sports Wisconsin, or subscribe to NBA League Pass.

Will the Milwaukee Bucks make the playoffs this year?

The Milwaukee Bucks finished the regular season with the best record in the league, thus finishing on top of the Eastern Conference and securing a playoff berth.

When do the Milwaukee Bucks play?

Where did the Milwaukee Bucks finish the season?

The Milwaukee Bucks finished the 2019-20 NBA season with the best record in the Eastern Conference.

How many games did the Milwaukee Bucks win?

What are the NBA expert picks for the Milwaukee Bucks?

The NBA expert picks for the Milwaukee Bucks in the 2020 / 2021 season is yet to be determined, but make sure you check our page regularly as we crunch all the numbers and stats to get awesome expert NBA picks for our readers.